Vue-next (Vue 3) has been out for a while. It is now under release candidate stage which means there won't be big changes on the open APIs. Good to see that Vue has already been stabilized and ready to waltz into our projects.

I have to say that Vue 2 is already amazing enough. But with Vue 3's new features, it's likely to upgrade our projects to an upper level. I guess the most thrilling feature in Vue 3 would be the composition APIs. Evan You himself mentioned that the composition APIs are inspired by the React hooks. Even though the two APIs hooks and compositions are a lot alike, but from the code base they are completely different. Let's not discuss which is better or promising because I don't really think either framework outraces another.

In all, it's so happy to see that Vue can also do what React does. Let's have a close look at the new features.

This is another work of art by Evan You which is aim at replacing Webpack in Vue development (Currently only works for Vue). It is designed to be fast just as its French name implies.

Getting started with Vite

The official repo offers us a simple way to create a Vue 3 app via Vite.

It all happened in a blink of eyes. 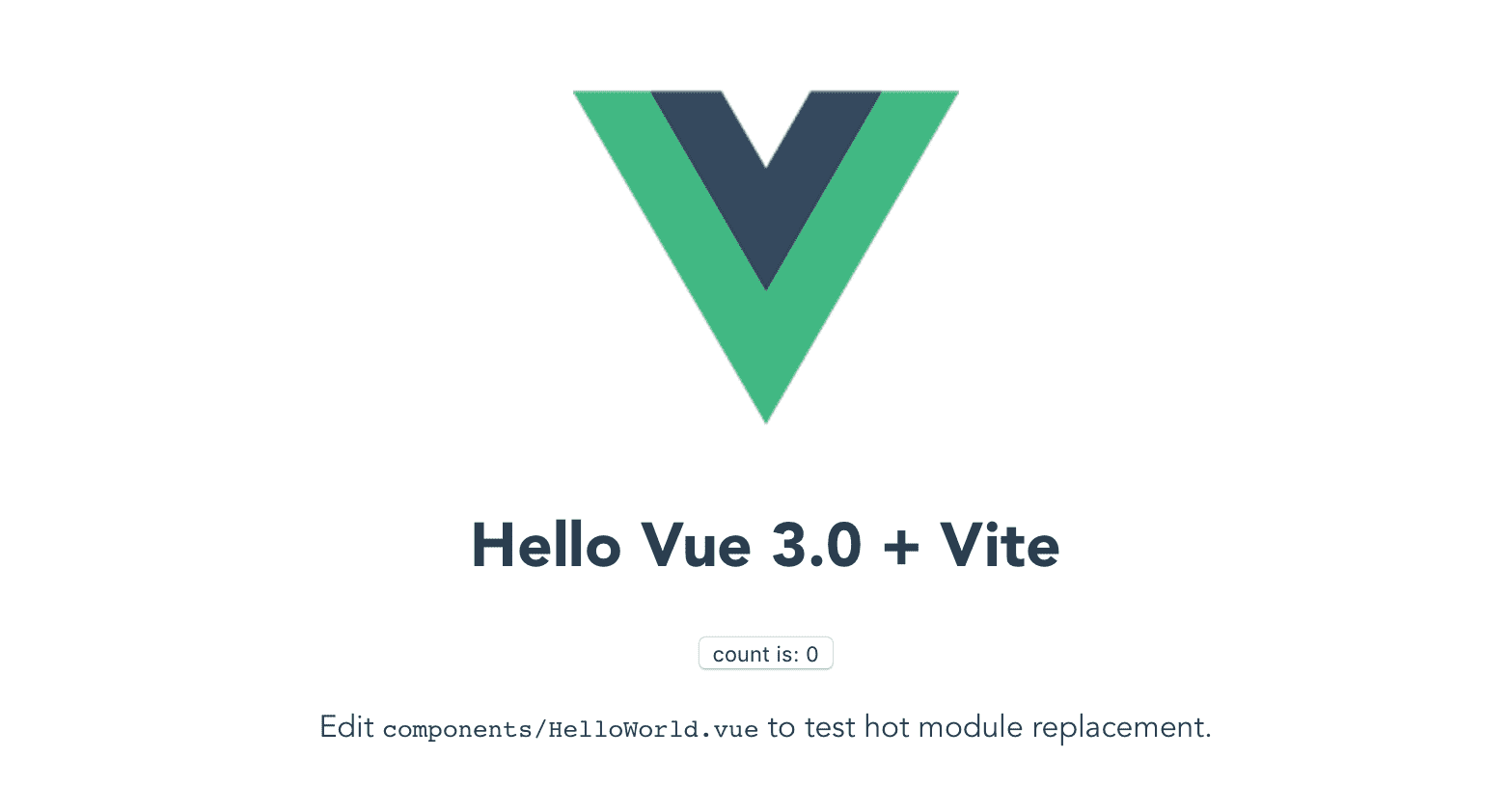 I created a small app to demo the new features of Vue 3. If you take a look at the projects' package.json, the simplicity of vue-next-features dependencies will make you fond of Vite immediately. (I mean, who doesn't want a simpler package.json to start with?)

There is another Vue 3 "Hello World" repo (vue-next-webpack-preview) bundled with Webpack. It is also a good playground.

As the biggest the change of Vue.js, the composition API would become your next most frequently and commonly used feature. Just like React hooks, with the Vue composition API will help gain more customizibilities.

Here is a list of the Vue 3 composition APIs. (There are actually more...)

Use configuration template to define the component contents. In Vue 3, this legacy usage is still available. If you'd prefer this style, you can continue using it.

To use the composition API, you'll need to add a setup property in to the default export. The below code is completely equivalent to the code above.

Go Ahead with the new API

There are 4 reasons why you should use composition API over the default Vue 2 config template:

Compared to the Vue 2 configuration style, the logics are precisely broken down into smaller particals so that you could group the similar logics together easily. In this way, it also reduces chances jumping around from irrelavant logics. This will help increase the productivity without a doubt.

Personally, I think this is nothing different to the other reactivity APIs. But it indeed offers those abilities of handling edge cases like custom hooks and shallow layer modification. It is now part of the basic reactivity API according to the Vue 3 official doc.

In the Vue composition api doc (Yes, there's a doc only for the composition APIs), the following APIs are listed as advanced reactivity apis.

Are you farmiliar with Debounce? Here is an official demo of customRef:

In Vue 2, the <Transition> component helps handle the component animation / transition. But the component property v-enter-active v-enter v-enter-to were quite ambiguous to me. Sometimes I'm confused which happens first.

I believe this is much easier to understand, isn't it?

Vue 2 throws errors on multiple root element. All elements must be nested within one root element in the template.

Vue 3 removed this annoying usage. I think this is extremely helpful when you really don't want to nest your elements within a "container" parent. Sometimes all you need is maybe just to insert those bare elements into the right place.

This works similarly to the React Fragments which helps mitigate the nesting issues.

I think a lot of people think that filters is maybe an awesome feature of Vue.js. It indeed works well in Vue's template engine. (For example, data formatting / calculation etc).

Let's see how Vue 3 doc explains why filters is removed:

While this seems like a convenience, it requires a custom syntax that breaks the assumption of expressions inside of curly braces being "just JavaScript," which has both learning and implementation costs.

I believe it's nothing bad for development without the filters, even though it may cost you extra time on migrating to Vue 3. In my projects, the appearance of filters is pretty a rare case since I could replace such functionality with a method or computed easily. Because in my opinion, method / computed has higher readability than the filters.

This is perhaps the only new feature of Vue 3 that may be changed even after official release. The inspiration is also from React Suspense. So the usage scenario would be the same in my opinion.

Do you remember how you render the asynchronous data previously in Vue 2? I think v-if / v-else should be the answer.

It is another cool stuff based on React Portals. It provides the ability to insert the component to a target DOM Node.

What we do in Vue 2 to insert a custom component in <body> (Of course there is a Vue 3rd party plugin PortalVue providing such functionality):

To use such feature in Vue 3, wrap your target component within <Teleport> and define the destination Node (querySelector) in to property.

Vue 3 removed the limitation and allows you to have multiple v-model so that you could specify the bindings separately for more input elements.

Vue 3 offers some new APIs to help us control the components and instances better.

In Vue 2, Vue can be used as constructor to return an instance Object. In Vue 3, you could use createApp function instead. The behavior is actually the same.

What about those global methods like extend component mixin and directive?

Same, but you need to use the instance method instead.

I think nextTick is a frequently used API since a lot of the logics are actually asynchronous and they need to be arraged to the next DOM update cycle.

In Vue 2, nextTick is an instance method.

Vue 3 allows to you use nextTick as an independent function.

These new APIs will be extremely helpful when you need extra controls for much more abstracted scenarios. I personally think that they can be frequently used in the 3rd party libraries.

I'm very happy and honored to vitness the growth of Vue.js 2.x => 3.x. Vue team concludes what was not possible natively in Vue 2 and made them possible in Vue 3. As I could see that there are many familar stuffs from Vue 3's code base.

It's not hard to tell that Vue 3 is a much more solid framework. It provides a new and simpler way to organize your source code, meanwhile smaller and faster. And under the help of Typescript and their new features for instance composition API, projects' structure can become very much different than before. Which I believe is a positive impact to the front end community.

That's all for the Vue 3's new feature.

If you think this article is great. Please share it to the social networks. Thanks for reading.